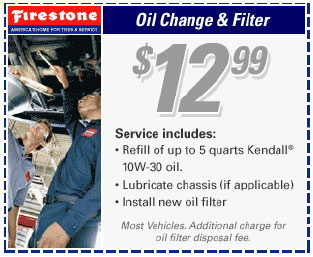 Where to begin, where to begin. Well, when I last left off, I was just starting the run of my play, The Importance of Being Earnest. We did 6 shows and it was awesome and tons of fun! One night in particular was very unique. We arrived at the theatre to find out there was no power. Our options were to either wait it out and hope the power turned back on, apologize to the audience and ask them to come back the next day, or perform the show outside while it was still light. Wisely, we did the latter and took the show outdoors on the side of the theatre where there was a large lawn for the audience to sit on. We brought out stools and folding chairs, and some people brought blankets. And we performed until it started getting dark. We’d planned on just doing the first act and part of the second (so that everyone would get stage time), but we just kept going. And when started getting dark, Harrington (our technical director) and one of the audience members each drove up their big pick-up trucks onto the lawn and shined their lights on us on either side. It was totally awesome and probably one of our best shows. A huge thanks went out to the audience who were very forgiving and appreciative. Be sure to check out the photos from Earnest in my photos section!

So that was a lot of fun. And the Pigeon Players are now in the middle of rehearsals for their next production. We’re going to be putting on series of shorts for a fundraising evening. We’ll have a few one acts and a good chunk of Shakespeare’s Midsummer Nights Dream. I’ve got a small part in it, so I hope you can all make it; it should be tons of fun! It goes up in the end of July (which is this month – boy how time flys!)

But what’s gone in between these shows? Well, Evelyn had her “birthday week” in mid-June. It was certainly a fun-filled week! With her birthday falling on Sat the 18th, we went to dinner on her day (in addition to the previous Friday and following Monday) as well as have a picnic with all her friends on the Sunday after. Then we watched Batman Begins. That movie ruled. It was so good, I wasn’t even expecting it. Like, I was caught off guard by it’s realism and accuracy to the Batman story. Anyway, go see it, I doubt you’ll be disappointed.

This past Sunday the 26th, I got into a car accident. Nothing major, in fact, my car looks mostly scratched and any dents are pretty minor. The other guys’ car, well, that’s another story. But if you’re interested, here’s the accident in a nutshell. Evelyn and I were driving down William St. near our house and were on our way to see a musical at AMT. I could see a car stopped at a stop sign down a bit, but continued to proceed since I didn’t have a stop sign. Well, just as I am about to pass this car, it jets out in front of me and doesn’t give me enough time to brake. So, naturally, the law of physics takes control of my car and hits the other one on the left hand side near the front. Essentially, I rammed right into the cars tire causing it bend to an extreem angle. We both pull over and lucky for us, a police officer just happened to be driving by moments after. He was able to call in another officer (why 2? I’ll never know) to take our report. Needless to say, both cops agreed that the accident was not my fault so that’s certainly good. What I was worried about was that when I gave the cop my license, registration, and insurance, I noticed that my insurance card had expired just 2 weeks prior. I had my new one at home, but I just forgot to put it in my car. Miraculously, no one noticed. And it was only after I got home and was getting ready to call my insurance company that I noticed that my registration had also expired. Again, I had a current one, just not in my car 🙂 . Yikes! Anywho, I’ve got pictures of the damage too (also in my photos section).

And just this week, Evelyn and I have been thinking about home owning and the like. We’ve been educating ourselves on the processes of applying for a loan and seeing if it’s something that we can actually afford to do at some point. I think it’s safe to say that we both would like to get out on our own as soon as we can, but we’d like to avoid renting if at all possible. And we are learning that owning is very tough, but we’re certainly going to try.

Well, I’m looking forward to this long 4th of July weekend. I plan on sleeping, seeing War of the Worlds, sleeping, playing some Xbox, more sleeping, rehearsing for Midsummer, and finally, most importantly… spending time with Evelyn. (Ha, you thought I was gonna say “sleeping” again, didn’t you).

Oh, and lastly, this previous post right below here was sent from my cell phone via text message… pretty nifty I’d say. That’s technology right there I’m telling ya. What will they think of next? Portable computers?

And even more lastly, you gotta check out Paul Anka: Rock Swings. It’s a cd that a friend of mine has turned me onto. Entertaining, catchy, and guaranteed to make you laugh. Click on the link, listen to a couple of tracks and then go buy the CD!