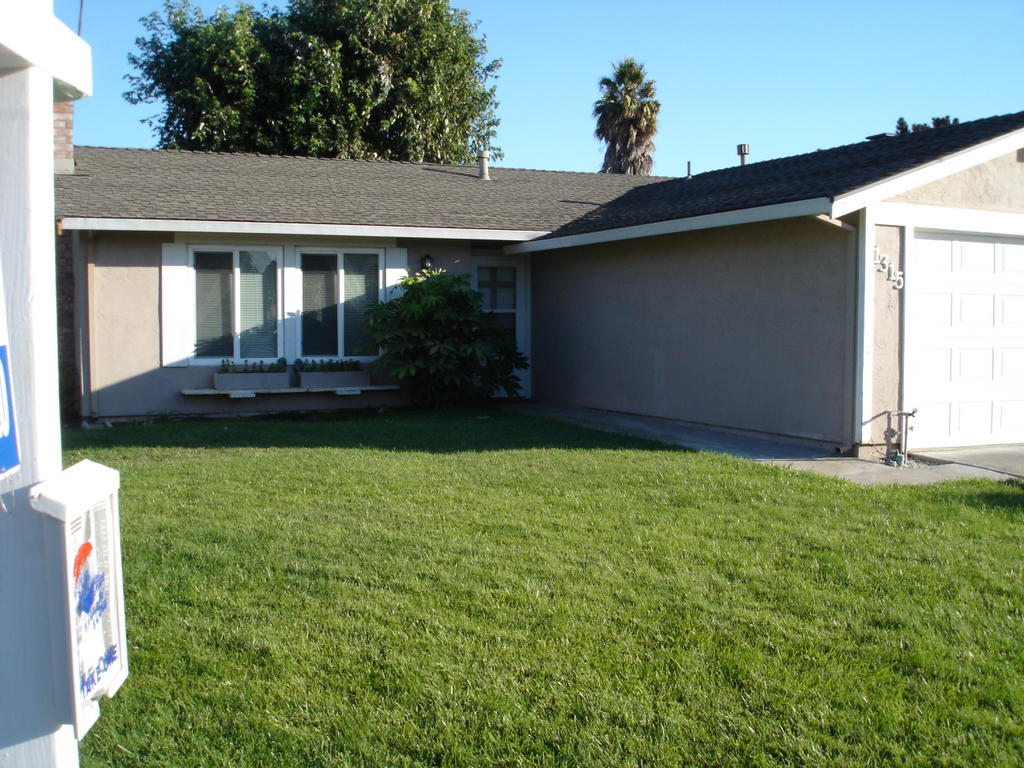 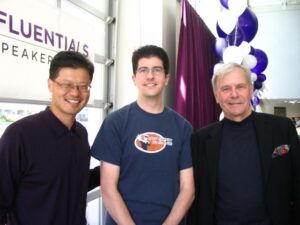 Jerry, me and Tom Brokaw.

Tom Brokaw came to Yahoo! today to speak… motivationally I suppose. He was part of a “Motivational Series” of speakers. And so he spoke about many of his experiences during his career, he thoughts on politics and wars, and where he thinks Yahoo! fits into the future. It was very interesting and I found him to be an excellent speaker regardless of whether you like him or not. The guy has been everywhere and knows a lot of stuff.

Anyway, Keith (my coworker) and I go to see him speak. I knew he was coming today, so I brought my camera. I always want to take pictures of the famous people. When we arrived, there was no place to sit, so we stood… not very close to the front, but not too far away. I got some good snapshots (most of which are featured in my Yahoo! Photos album – located on my 360 front page.) And then at the end of the speaking, Jerry Yang (co-founder of Yahoo!) tells us all to check under our seats and if we find a pink post-it, then we get a free copy of Toms latest book which he will sign for us. Now, if you remember, Keith and I were standing, so we had no seats. But I noticed a seat close to us that someone had left open after leaving not long ago. So, I sheepishly walk over and check underneath. Whatayouknow? A pink post it. Hooray, free book and on opportunity to take a picture with Tom.

Now, I was apprehensive about asking him, knowing that he was probably busy and such. And to make matters worse, the people in front of me asked for his picture, so I then didn’t want to bug him about it. So, I had Keith snap some pics of me while he was signing the book. Shortly after, Keith discovers an unclaimed post-it under another chair! What luck! So, he gets in line to get his autographed too. Since he was pretty much last, I decided to get gutsy and see if I could get a picture in. After Tom had signed everyone’s books, and he had just gotten up, I went up to him (and Jerry who was standing beside him) if I could get a picture with them. They agreed and now you know how I got the photo.

Funnier yet, Tom asks me, “What do you do at Yahoo?” I said, “I work in Yahoo! Shopping.” To which he asked what I did there. I said that I help put ads on the site. He then asked me, “What’s the hot item these days?” I practically froze. I wasn’t at all prepared for this type of inquisition. Jerry chimes in with, “Well, digital cameras are very popular.” To which I added, “Yes, and diamonds.” What on earth was I thinking?!? Diamonds?!?! Who buys diamonds on the internet? I’m an idiot. Anyway, it sounded right at the time and no one seemed to question it. Oh well.

I went away happy with some cool pictures and a funny story about how diamonds are the “hot item” on the net.

After work, I went straight to my first rehearsal for The Importance of Being Earnest. I have quite a lot of work on my hands, but I think it’s going to be fun. I look forward to many, many sleepless nights of line memorization.